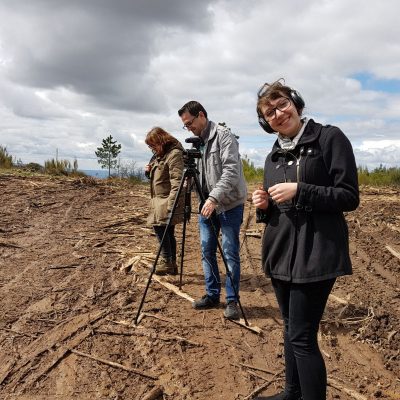 October 15th, 2017 – exactly one year ago, the green heart of central Portugal was ravaged by the second most serious wave of wildfires to take the lives and livelihoods of many.  I have stayed in this region every summer for the last decade and although wildfires are nothing new here, the scale of the 2017 fires and the length of ‘high fire risk’ season reaching well into October has most certainly marked a change. In 2017 and 2018, we saw temperatures well into the mid 40s in August and not a drop of rain between May and October.

Last April, in a small town, Figueira de Castelo Rodrigo, located in far north-eastern Portugal in the beautiful national park of the River Douro, I had the privilege of working with a group of young women aged 13 to 18 years old and the fantastic team at the Open Science Centre .

The group decided to use their first experience of participatory video (PV) to consult the community about the causes of the wildfires and what could be done to prevent them in the future.  We spent four intensive days doing our favourite PV games to get to know each other and understand the basics of shooting and storytelling. I left them for a couple of days, with some interview assignments. Then, I returned for the final long weekend of shooting and structuring the story.  Much to everyone’s amazement, we were exporting the completed video ready to be screened for friends and families with just five minutes to spare!

One week later, we had the official premiere of in.cen.di.o to a full house including the Mayor, who was truly impressed with the quality of the film and the professionalism of the young women when they presented their work. 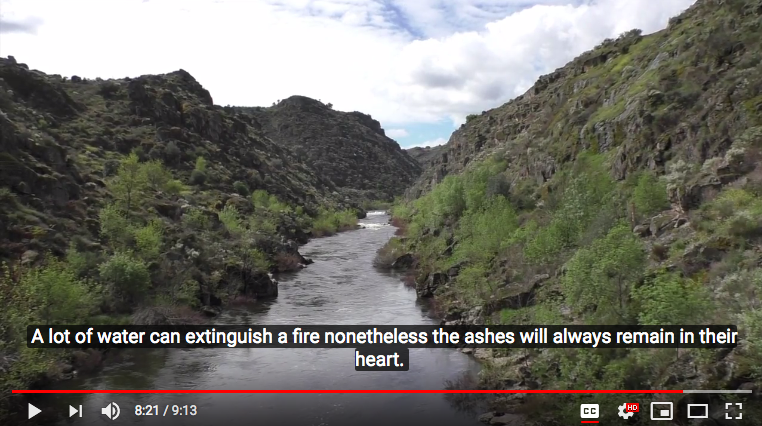 PV really made a difference in sparking intergenerational conversations, engaging experts, decision-makers, families and a whole range of people who live in the community.  As they rightly said in their film, everyone needs to address the causes of the wildfires, seek for solutions together and take collective responsibility to mitigate the risks.

At the end of the day, the group could see the difference that PV can make, especially in having their voices centre-stage and taken seriously when so often the opinions of young people are simply dismissed or not listened to.

Of course, whilst we were dealing with this serious topic, we had enormous fun working together – I suspect my rather ropey Portuguese contributed to the general mirth and I certainly learned a few new words that aren’t in the dictionary!

Special thanks to Maria Vicente and Paulo Lourenço at Plataforma for making this all possible.